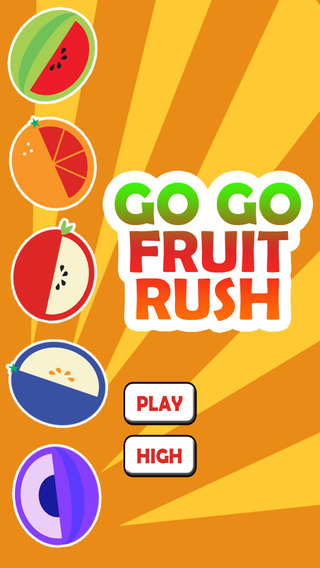 “GoGoFruitRush” has charmed and infuriated players in almost equal measure.  Steadily climbing the charts since its release in May of this year, GoGoFruitRush appears primed to crack the top 25 free apps on the iTunes store.  Ranking data from ASO sites such as App Annie suggest that GoGoFruitRush is charting high in over twenty countries.

The game play is simple. Players tap the screens to make matches of at least 3 similar, colorful fruit.  The more fruit you can match at one time, the higher your score will be. There are no levels, bad guys or power-ups.  Other than the ability to change the background and the fruits, the game would appear to be nondescript.  Designed for all ages, it sounds easy, right up until you try it. Once you’re in, you’re hooked.

Some players have taken to social media to express their love or hatred of the app.  One Twitter user said “High Score!  Now maybe I can finally put this game down. #Addicted #GoGoFruitRush”.   Others users comments are not suitable for publication, but they include hashtags such as #frustrated, #cantstop, and #stupidgame.

So what makes GoGoFruitRush different than other recent flash in the pan games like “Flappy Bird” and “Don’t Touch the White Tile”?  One word: Education.  GoGoFruitRush encourages using a strategy as to what fruit to tap as opposed to just mindlessly touching the screen.  In one review on the iTunes store, a teacher stated “My second graders love playing this app. As a teacher I appreciate how it promotes critical thinking and problem solving skills. It’s great for ALL ages and I even find myself playing along! Parents often request the app name so they can download it at home!

With its simple game play, GoGoFruitRush looks as if it is destined for iTunes fame.  What’s your high score?   Post it to Twitter / Facebook with the hashtag #GGFR.

4 Replies to “The Rise of GoGoFruitRush”

The Best Coupon Promo Codes for shopping your favorite streetwear

How split testing can really improve the ROI?

Why Niche Marketing is the Way to Go in Succeeding Online